On 24 January 2017, Agence France Trésor launched the first French sovereign green bond, the Green OAT 1.75% 25 June 2039 for an issuance amount of €7bn.By becoming the first country in the world to issue a sovereign green benchmark bond, France confirmed its role as a driving force for the implementation of the goals of the December 2015 Paris Climate Agreement.

The funds raised are handled like funds from a conventional OAT and managed in compliance with the general budget rule. However, they are matched to an equivalent amount of Eligible Green Expenditure and the aggregate of such expenditure in a given year sets the limit for Green OAT issuance.

AFT has regularly taped the Green OAT since the initial issuance to maintain its liquidity, as it does for conventional benchmark OATs. Consequently, the outstanding amount of the Green OAT has been increased by successive tap issues. The proceeds from tap issues are also matched to Eligible Green Expenditure, as the cumulative amount of such expenditure has rised over the years (see Green OAT fact sheet).

France provides several types of report to investors: an annual report on allocation and performance indicators and a report on ex post impacts at an appropriate frequency. The ex-post impact reporting is reviewed by an independent Council. 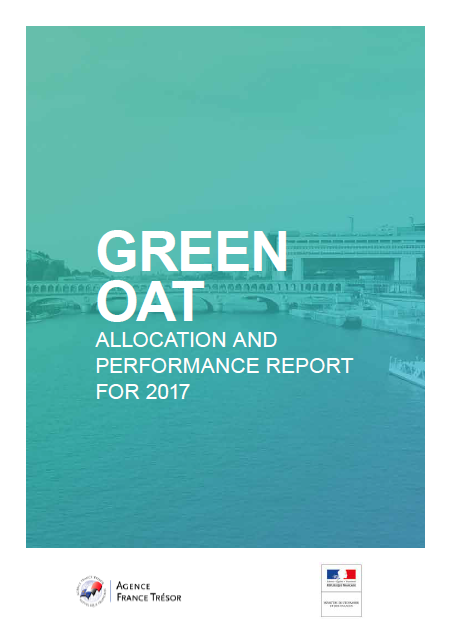 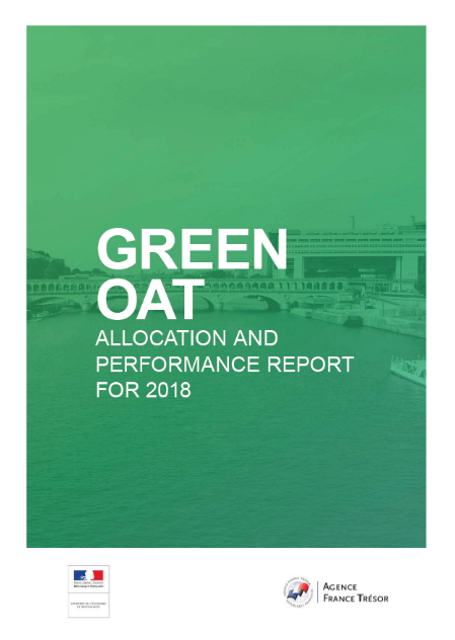 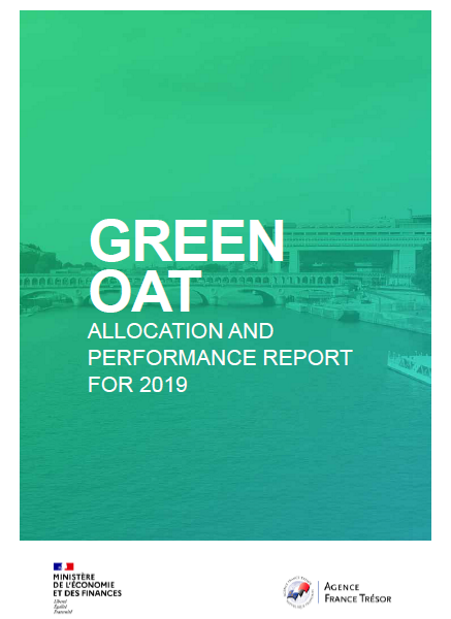 29 November 2018: Download the full evaluation of the Tax Credit for Energy Transition (679 Ko)

29 November 2018: Download the overview of the impact evaluation of the Tax Credit for Energy Transition (1.1 Mo)

Green bonds fund projects that have a positive environmental impact. They differ from conventional bonds in that they carry precise and specific reporting requirements on the investments they fund and their “green” credentials, although the financial risk is the same for investors.

In line with the objectives set by President Hollande at the Fourth Environmental Conference in April 2016, and with the press release published in September 2016 by the Minister for the Environment, Energy and Oceans, on one hand, and the Minister for the Economy and Finance, on the other, Agence France Trésor (AFT) announced on Tuesday 3 January 2017 that it is about to start roadshows leading up to the first sovereign green bond being issued in 2017, under the auspices of Ministers Ségolène Royal and Michel Sapin.

The press release and press kit relating to this announcement are available in French on the Ministry for the Economy and Finance’s website.

28 November 2019: Publication of the Second Impact Assessment Report on the subsidy to the French Waterways Office

10 April 2019: Update of the second party opinion on the sustainability of the French Republic’s Green OAT

24 January 2019: Green OAT: Announcement of the amount of Eligible Green Expenditure for 2019

04 April 2018 : Update of the second party opinion on the sustainability of the French Republic’s Green OAT

24 January 2018: Green OAT: Announcement of the amount of Eligible Green Expenditure for 2018

08 September 2017:Euromoney/GlobalCapital present three awards to AFT for the launch of the Green OAT

Learn more about the green OAT

(video only available in French)