Agence France Trésor (AFT) manages the State’s cash requirements so that it can meet its financial commitments at all times, whatever the circumstances.

This management role covers the year as a whole, as well as dayto- day developments: forecasts of the receipts and disbursements of the State and Treasury Correspondents are updated constantly; flows into and out of the account are monitored in order to be able to meet any temporary cash requirements.

AFT is tasked with managing debt in the taxpayers’ best interest. Its strategy takes a long-term view, while tracking the market closely. This strategy promotes liquidity across the full range of AFT’s debt securities, while maintaining full transparency and a commitment to combining innovation and security.

AFT is an agency with national scope (SCN) that reports to the Ministry for the Economy, Finance and the Recovery and the Director General of the Treasury. AFT has the required visibility and resources to carry out its activities, particularly as regards navigating complex financial markets and maintaining close relations with all financial stakeholders.

AFT is staffed by civil servants who are fully conversant with the government’s financial procedures and by market professionals under contract with the government. Staff members serve in operational functions (cash management, market transactions, risk management and back office procedures, information technology), and analytical functions (modelling, economics and legal), as well as communication functions.

At the end of 2020, AFT had 47 staff members with 17 women and 30 men, broken down into 18 contract employees and 29 civil servants. AFT’s staff members are notable for the diversity of their educational backgrounds and career paths. They share the same values as those of the Directorate General of the Treasury, namely commitment, loyalty, openness and team spirit. All staff members adhere to strict commitments with regard to professional ethics. 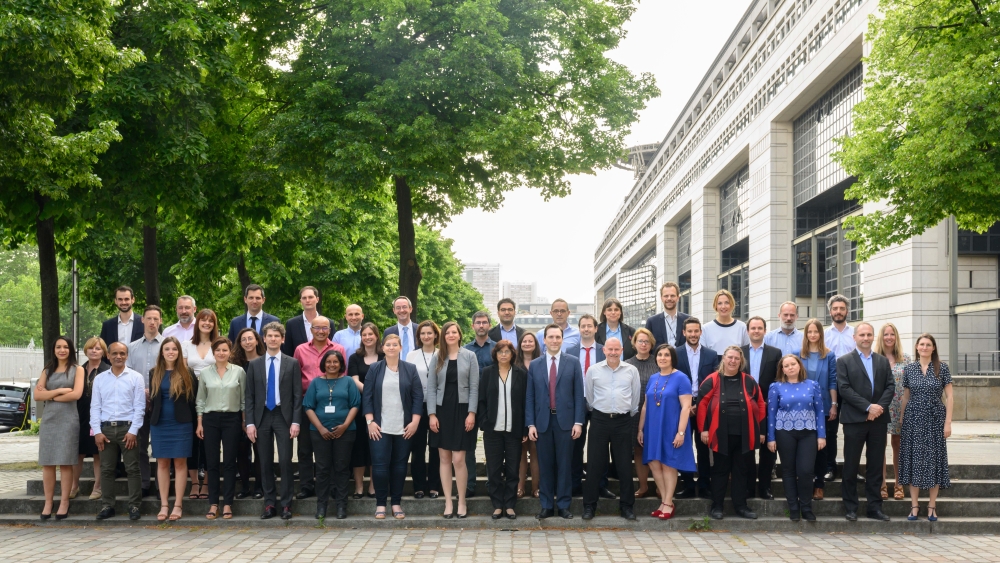 Discover the team, the missions and the values of Agence France Trésor