Agence France Trésor announced today the successful launch of the second French sovereign green bond with a maturity of 23 years. The Green OAT 0.50% 25 June 2044 issuance amount at a yield of 0.526% was €7bn, matching the amount previously reached by the inaugural issue of the first Green OAT and thus bringing the outstanding amount of Green OATs issued to date to €35.9bn.

Bruno Le Maire, Minister of the Economy, Finance and the Recovery says on this occasion: « France stands at the forefront in promoting the energy and ecological transition and supporting the implementation of the goals of the Paris Agreement. The government's commitment to act on all the levers of the economy has led to the development of green finance, since 2017, giving to the Paris financial centre a leading role. The successful issuance of this second green sovereign bond, after the inaugural success in 2017, illustrates investors' confidence in France’s creditworthiness and in the market standards it promotes for green bonds. »

« The green OAT is one of the hallmarks of France's pioneering role in sustainable finance. This role is supported by our private financial sector as well a the State, which is innovating to refinance itself in a more virtuous way. This is a great success that confirms the appetite of investors to finance the expenses of ecological transition policies. We are fully mobilized to develop this type of financing on new markets » highlights Olivia Grégoire, Secretary of State to the Minister of the Economy, Finance and the Recovery, in charge of the Social and Responsible Economy.

Lead managers for this operation were BNP Paribas, Citi, Crédit Agricole CIB, HSBC and J.P. Morgan. All primary dealers were part of the syndicate.

After the opening of the order book on Tuesday early morning and its completion at midday, total demand reached almost €35bn, of which €7bn were allocated.

The allocation illustrates the diversity and the quality of the investor base of the French sovereign debt. More than 300 final investors took part in the operation. The syndicated amount has been allocated to asset managers for 36%, banks for 27%, insurers for 20%, pension funds for 8%, hedge funds for 6% and official institutions for 4%. According to the lead managers, around €4bn of the €7bn issued have been allocated to green investors. 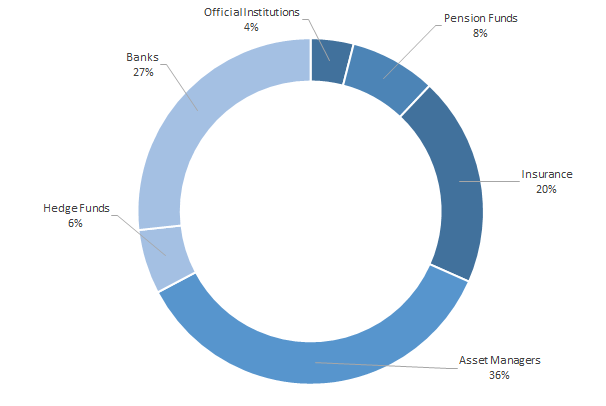 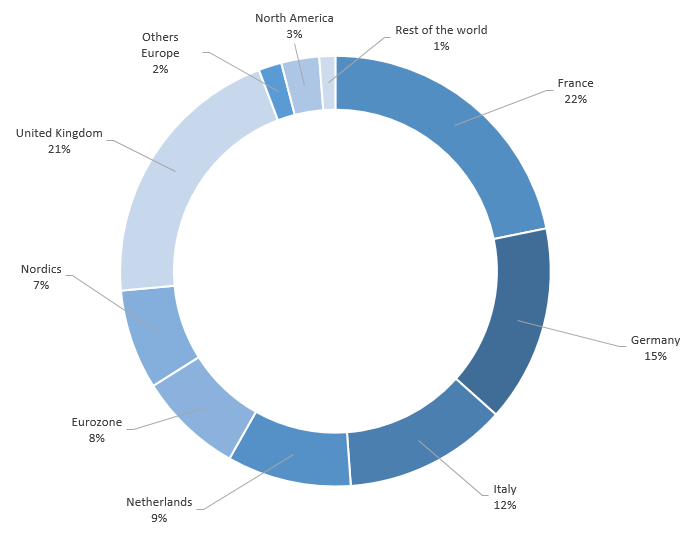 The settlement date for the OAT is 23 March 2021. The bond will be strippable and quoted on Euronext Paris. It will be tapped to guarantee sufficient market liquidity, depending on market demand, up to the limit of Eligible Green Expenditures.

Green OATs target State budget spending on climate change mitigation, adaptation to climate change, biodiversity protection and pollution control, in line with the Energy Transition and Green Growth Act and France's commitment to implement the Paris Agreement. The selection grid for Green Eligible Expenditures is defined in the framework document for the State's green bonds.

The amount of Green Eligible Expenditures to which the State's 2021 green bond issues will be matched will amount to €15 billion for the year 2021. This envelope, which amounted to €8 billion in 2018 and 2019, is rising sharply with the addition, in particular, of State support for renewable energies, previously financed by an earmarked tax.

AFT will ensure the liquidty of this new green OAT through subsequent reopenings as it does for other OATs. The oustanding amount of this Green OAT will grow accordingly. In addition, AFT will continue to tap its first green bond, OAT 1.75% 25 June 2039,  whose outstanding amount currently stands at €28.9 billion, in response to investor demand. All of these issues will be within the limit of the amount of Green Eligible Expenditures.

The State's green debt securities will continue to contribute to the financing programme defined in the initial Budget Act for 2021 in the same way as the other OATs.