The principal method of issuing French government securities since 1985 has been the “bid price system” (referred to in France “à la hollandaise”). Nowadays bank syndication is used only in special circumstances.

Participants compete in the auction on an equal footing through a transparent system of open bidding according to a planned issuance programme. The bid price system consists of supplying securities at the bid price or the effective bid rate as opposed to the marginal price or rate. This type of auction is known as an “auction with several prices and sealed prices”. The highest bids are served first, followed by lower bids and so on, up to AFT’s target amount. Participants whose bids are served pay different prices, precisely reflecting their bids.

Bought deals, which are another issuance technique, are usually conducted by syndication. This is a specific commitment between banks (bidders forming a banking syndicate) and the issuer to buy securities for a price agreed to with the latter. The procedure is used to launch innovative securities and on less deep market segments, particularly on the long end of the yield curve (15 years and more). 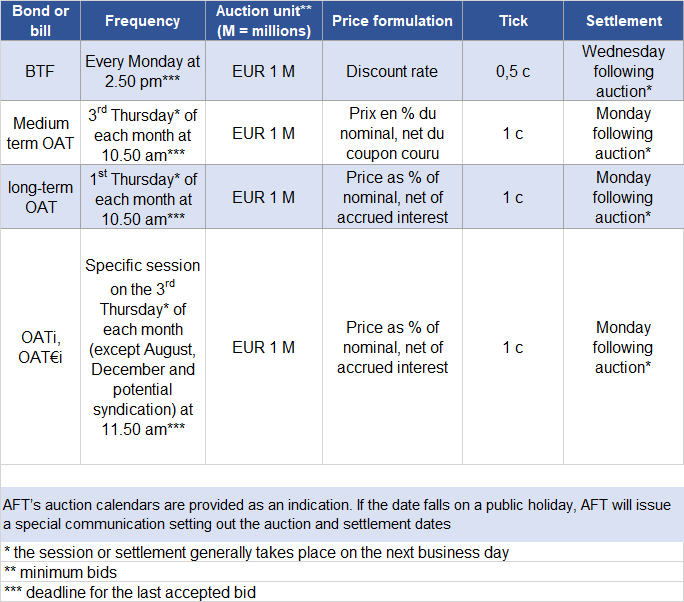