Presentation of the National Recovery and Resilience Plan 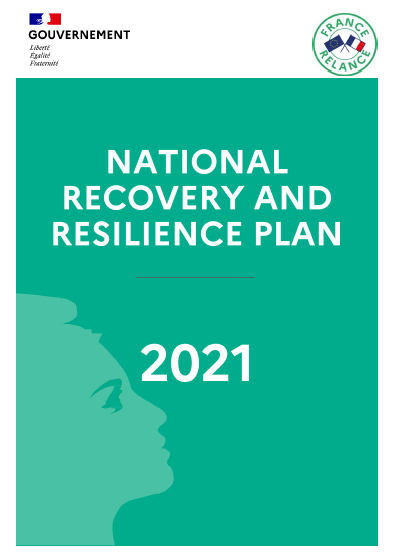 Communication from the Cabinet Meeting of 3 September 2020

The Minister for the Economy, Finance and the Recovery has unveiled a €100bn recovery plan for the French economy.

The health crisis has caused unprecedented economic shockwaves both in France and worldwide. French economic activity has been hard hit by the lockdown introduced in the spring, the necessary continuation of social distancing and disruption to international supply networks.

Emergency measures rolled out as from March safeguarded households’income and drove the uptick in consumption in recent months. However lasting economic impacts on the productive capial and the deterioration of skillsets of employees could compromise France’s growth potential.

To supplement the emergency economic measures that were introduced starting in March of this year and support plans for the most-affected sectors that took effect this summer, the two-year €100bn recovery plan which was unveiled at today’s Cabinet Meeting represents the third phase of France’s response to the crisis. The European Union is set to contribute €40bn to the plan following the historic agreement reached by EU heads of state and government in late July. The recovery plan will be implemented as part of the 2021 Budget Bill that will be presented at a Cabinet Meeting at the end of September.

The aim of this plan is to support employment in the short-term and to pave the way for the French economy of 2030 which will be greener, more competitive, more resilient and more inclusive. It should enable France to return to the 2019 GDP by 2022. If no further measures were to be introduced, France would exit the crisis at the end of 2021 with a “pandemic gap” compared to 2019 constituting four percentage points of GDP, i.e. a loss of €100bn. The recovery plan aims to close this gap to restore collective wealth to its pre-crisis level within two years. In addition to its cyclical aspect to buttress the economy, the plan will also play a structural role by supporting the ecological and digital transitions, by being part of the government’s reform agenda to bolster competitiveness, economic appeal and productivity, and by aiming at strengthening France’s industrial leadership and resilience. To this end, the recovery plan is structured around three pillars: 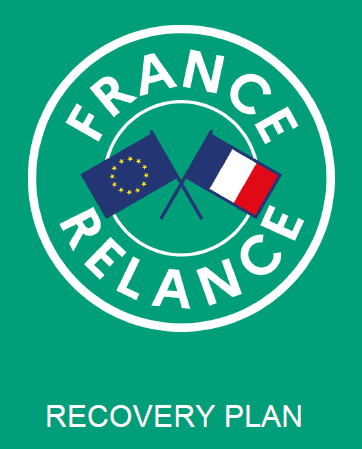 Going forward, the government will direct its full efforts to implementing this recovery plan for the benefit of its citizens everywhere in France. To this end, it will apply the following principles:

- Continued consultation with all stakeholders: a Recovery Monitoring Council, chaired by the Prime Minister together with the ministers concerned, the social partners, MPs, associations of elected representatives and representatives from civil society will monitor the recovery plan’s implementation.

- To derive the maximum economic benefit starting in 2021, we will prioritise speed of implementation: the recovery plan will encourage temporary solutions that have a swift effect on the economy and that can be deployed effectively at regional level. Redeployments between the various measures may be carried out on a regular basis to promote agile management of the recovery to favour the most effective measures. Regulatory and legislative streamlining efforts will accompany the recovery plan to ensure rapid implementation.

- Regional deployment of measures, for a recovery that remains in sync with France’s regions, is a government priority. This will be achieved by attentively selecting local projects, devolving credit to regional prefects for certain measures, signing agreements with local authorities and setting up regional monitoring committees with the president and prefect of each region, and the regional public finances director.

- The recovery will support the ongoing government transformation for more effective policies at the service of the French people. The government will pursue its reform agenda with determination to further strengthen the French economy and prepare it for the challenges that lie ahead.