The Green OAT Evaluation Council, chaired by Manuel Pulgar-Vidal, former Minister for the Environment in Peru, president of UNFCCC* COP20 and WWF Global Climate and Energy Practice Leader, held its first meeting today under the aegis of the French Minister of State reporting to the Minister for the Ecological and Inclusive Transition, Ms Brune Poirson, and the French Minister of State, attached to the Minister of Economy and Finance, Ms Delphine Gény-Stephann represented by Ms Odile Renaud-Basso, Director General of the Treasury.

With the issue of the first Green OAT in January 2017, the French government committed itself to publishing reports on the ex-post environmental impact of Eligible Green Expenditure at appropriate intervals, depending on the type of expenditure. This is an unprecedented reporting commitment for a green bond and contributes to setting high standards on this market.

The Green OAT Evaluation Council is chaired by Manuel Pulgar-Vidal and its members are seven independent experts:

The Green OAT Evaluation Council will define the specifications and schedule for evaluation reports on the environmental impact of Eligible Green Expenditure financed by France’s green sovereign bond. The Council will also give its opinion on the quality of the evaluation reports and the impact and relevance of the findings. All of its work will be published on the Agence France Trésor website. The Secretariat of the Green OAT Evaluation Council will be provided jointly by the General Commission for Sustainable Development and the Directorate General of the Treasury.

During the meeting, the members of the Green OAT Evaluation Council defined their working methods and addressed the priorities for their schedule of evaluations.

The next meeting of the Green OAT Evaluation Council will be held in June 2018. The first evaluation reports on the impact of Eligible Green Expenditure should be published in 2018.

Manuel Pulgar-Vidal says: « Being in charge of assessing the environmental impact of Eligible Green Expenditure financed by France’s sovereign green bond, the Green OAT Evaluation Council is entrusted with a prominent task. Our work will contribute to setting high standards in the Green Bonds market ».

Background and framework for the Green OAT

On 24 January 2017, Agence France Trésor launched the first French sovereign green bond with a maturity of 22 years. The Green OAT 1.75% 25 June 2039 issuance amount was €7bn, making it the largest and longest-dated green benchmark bond ever issued. By becoming the first country in the world to issue a sovereign green benchmark bond, France confirmed its role as a driving force for the implementation of the goals of the December 2015 Paris Climate Agreement. The outstanding amount of the bond currently stands at €9.7bn.

In keeping with the commitments that France made for the implementation of the Paris Climate Agreement under the terms of the Energy Transition and Green Growth Act, France's Green OAT will fund central government budget expenditure and expenditure under the “Invest for the Future” programme to fight climate change, adapt to climate change, protect biodiversity and fight pollution.

On the occasion of the first issue, Agence France Trésor also committed itself to reporting on the expenditure actually financed by the green OAT and the related performance indicators. These two additional reports on green OAT issuance in 2017 will be published in the first half of 2018, after the 2017 Budget Review Act, the budget legislation that sets the definitive amounts of central government expenditure and revenue at the end of the fiscal year and the resulting fiscal balance. 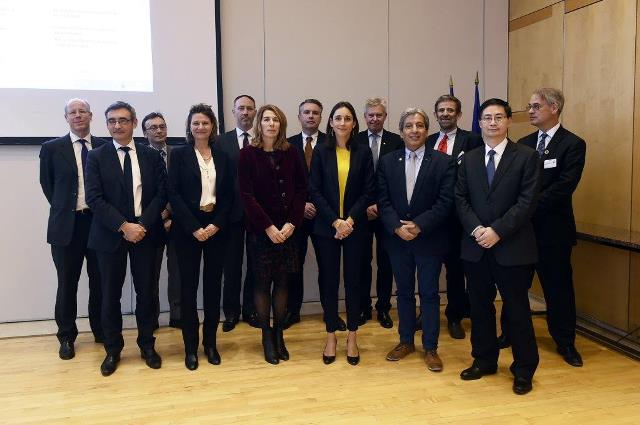