Agence France Trésor announces today the launch of the new OATi 0.10% 1 March 2036. After the opening of the order book on Wednesday early morning and its completion at midday, total demand reached a record level of €16bn, of which €3bn were allocated.

The price has been set at 112.028, reflecting a real yield of -0.630% at issuance, establishing a new record low in terms of yield at issuance for an AFT syndication of an indexed OAT.

Lead managers for this operation were BNP Paribas, CITI, Crédit Agricole CIB, HSBC and Nomura. All the primary dealers were part of the syndicate.

The allocation illustrates the diversity and the quality of the investor base on which relies the French sovereign debt market. More than 100 final investors took part in the transaction - which is almost twice than the previous syndication for an OATi. The syndicated amount has been allocated to official institutions for 26%, insurers and pension funds for 3%, asset managers for 32%, banks ALM for 21%, banks excluding ALM for 14% and hedge funds for 4%.

The geographical distribution reflects, accordingly with the structural demand from ALM of French banks and official institutions for OATi, a strong demand from domestic investors and on a wider scale it shows a sustained demand from European and British investors for French indexed government bonds with long maturities, with Eurozone representing 71% - France 59%, Italy 3%, Germany 2% - other Eurozone 7%, the United Kingdom 26% and North America 2%. 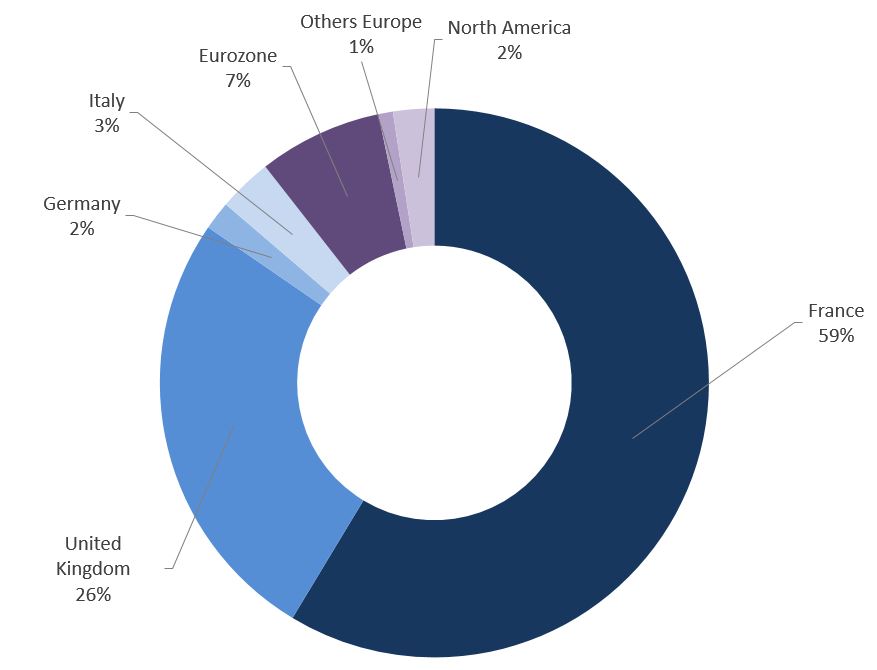 The settlement date for the OAT is 15 July 2020. The bond will be strippable and quoted on Euronext Paris. It will be tapped depending on market demand to guarantee sufficient market liquidity.